I've given up on doing business with government - Gobodo


Who better than an auditor to analyse South Africa 2017?

Few are more ideally placed than Nonkululeko Gobodo, South Africa’s first black woman to qualify as a chartered accountant and a luminary among her peers. 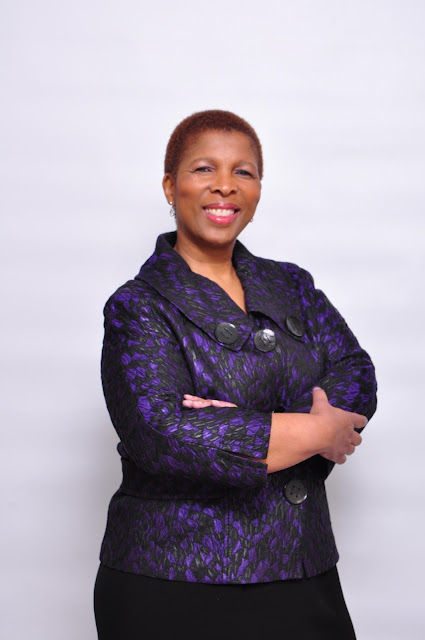 Gobodo has made it her business to analyse leadership through a consultancy she established last year after stepping down as chairperson of top-tier auditing firm Sizwe Ntsaluba Gobodo.

The corporate sector has been hugely receptive to Nkululeko Leadership Consulting, she said. Not so the government departments to whom they have offered their services.

As is to be expected, Gobodo is methodical in her assessment of the current political malaise. She posits a question that throws the crisis into sharp relief:
How is it possible that all our governance structures seem to have failed?

She lists them all: Parliament, Chapter 9 institutions, the judiciary, the criminal justice system. And that’s just on the part of government. What about the corporate governance structures, such as the Companies Act, old and new, not to mention the freshly minted King IV rules on corporate
governance?

“In spite of all of those governance structures, it’s like we don’t have frameworks. How is it possible that at least these checks and balances that we’ve put in place are just failing, dismally failing?” Gobodo told TMTV in a recent interview.

The seasoned businesswoman seems genuinely puzzled as she raises these questions in her modest boardroom in Parktown, Johannesburg, where the purple wallpaper is echoed up in the multi-coloured suit she is wearing, a quilt of bright hues.

The figure she cuts could hardly be more South African. All her neatly put together look needs is a vuvuzela or a makarapa. Gems the size of five cent coins dangle from her ears (they could be diamonds but my untrained eye can’t tell) and her knees are covered in a blanket emblazoned with the colours of the South African flag.

“We are not naïve. We know there’s no perfect governance structure,” she adds. “I suppose we always forget the human factor, from the corporate side.”

Gobodo, who earned her stripes at KPMG and also worked as a university lecturer after graduating, does not come across as a pessimist. But it seems the Mthatha native seems has been somewhat disillusioned.

“We knew about what was going on with corruption but I don’t think we understood the depth of it and how widespread it is and how it has infiltrated every fibre in the country,” she said.

The conversation takes place weeks after the ANC held its national policy conference. Despite all the commissions and discussion documents issued during that week-long talk shop, Gobodo did not see any evidence that the ruling party is serious about tackling corruption.

“The ANC has allowed this (corruption) and the disappointing thing for me is how they have just handled this crisis in the ANC,” she said.

“Besides just the corruption, since Polokwane (where Jacob Zuma was elected in 2007) the ANC has gone into crisis … For 10 years … the crisis has become so deep that they seem to be paralysed to me, which I just find shocking.”

Gobobo’s perspective is quite unique, given that Sizwe Ntsaluba Gobodo has been one of the government’s most favoured auditing firms over the past three decades.

Their client rostrum includes the likes of Eskom, Transnet and Denel, the very state-owned entities that have been at the centre of state capture allegations.

Gobodo therefore has greater access to those in power than many in corporate South Africa. Has she ever tried talking sense into those at Luthuli House or the Union Buildings?

Gobodo laughs at the question but reveals that she did raise her concerns after the Constitutional Court found last year that President Zuma had breached the constitution by failing to account for millions spent on his Nkandla estate.

She won’t say exactly who in the ruling party gave her an audience. We prod a bit further: Just give us a sense of how high up the indifference goes? “The indifference is high up, it is high up,” she responds pensively.

Not only is it high up, by all appearances it’s also widespread. And getting rid of Jacob Zuma may not be the magical panacea that South Africans are so desperate for.

“It’s about how do we fix the ANC, such that it provides the kind of leadership that the country needs to move forward to this destiny that we all know is possible,” Gobodo offers.

“So, that’s what they need to fix. Removing Zuma is neither here nor there for me. It’s about how do we emerge in December with a leadership in the ANC that we can have confidence in.”

At times she bangs the table to underline important points.

“Looking at them now, I have no confidence that in December we will come out with a positive (solution)… All these things that have been exposed and this path of self-destruction that I’m talking about should have been a wake-up call.”

The award-winning businesswoman said she has given up on doing business with government.

“We’ve been knocking on doors but no one is interested … We’ve been submitting proposals. We have received no work from government. At some point, we decided not to put any more effort into it,” she said.

One of the great tragedies of the ANC’s effete leadership has been the demise of state-owned enterprises. The supposed engines of economic growth have become “slaughterhouses” for black talent, Gobodo believes.

“For us as black people, they (state enterprises) are a vehicle for talent development and the development of leaders, but that is where talent is destroyed and corrupted, and leaders are destroyed. They are just not fulfilling their purpose,” she said wistfully.

What advice would she, as a leadership guru, give to Deputy President Cyril Ramaphosa and Nkosazana Dlamini-Zuma, the main contenders to succeed Zuma as party president in December? For that matter, what counsel would she offer the ANC?

“My advice is that we are human beings, we all make mistakes. And I think the ANC should acknowledge that huge mistakes have been made.”