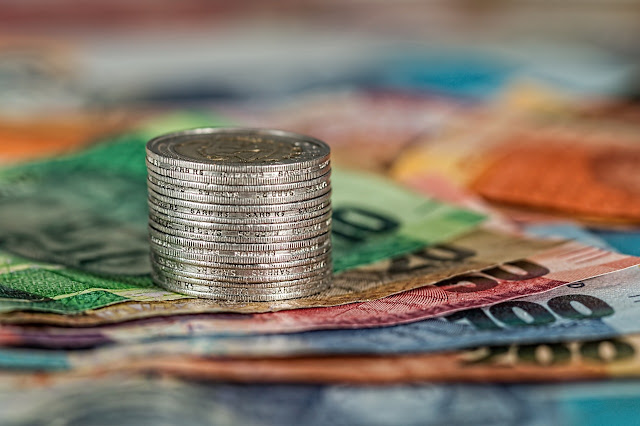 Rand Merchant Bank’s seventh edition of Where to Invest in Africa presents some interesting changes in its ratings of the continent’s most attractive investment destinations.

One of the most important findings of Rand Merchant Bank’s (RMB) seventh edition of Where to Invest in Africa is that the African continent could find itself hovering on the brink of disaster if it continues to depend on its current economic fundamentals and does not usher in economic diversification.

Where to Invest in Africa 2018 highlights those countries which have understood the need to adapt to the prolonged slowdown in commodity prices and sluggish levels of production growth – and those which haven’t.

d this edition “follows the money” on the African continent to evaluate aspects crucial to each country’s economic performance.  The report focuses on the main sources of dollar revenues in Africa which allows it to measure the most important income generators and identify investment opportunities.

“Over the past three years, some African governments have had to implement deep and painful budget cuts, announce multiple currency devaluations and adopt hawkish monetary policy stances - all as a result of a significant drop in traditional revenues,” says RMB Africa analyst and co-author of Where to Invest in Africa 2018 Celeste Fauconnier.

“Some countries have been more nimble and effective than others in managing shortfalls,” says Nema Ramkhelawan-Bhana, also RMB Africa analyst and an author of the report. “But major policy dilemmas have ensued, forcing governments to balance economically prudent solutions with what is politically palatable.”

“The last three years have sounded an alarm, amplifying what is now a dire need for the economies of Africa to shift their focus from traditional sources of income to other viable alternatives,” says Neville Mandimika, RMB Africa analyst and contributor to Where to Invest in Africa 2018

“These years have exposed a number of African nations to severe economic stress – especially that of liquidity shortages. Unfortunately, there is no quick fix to infuse into a context as complex as this, and traditional forms of revenue will remain a reality for many years to come,” says Ronak Gopaldas, RMB Africa analyst and co-author.

In this edition of Where to Invest in Africa 2018, RMB’s Investment Attractiveness Index, which balances economic activity against the relative ease of doing business, illustrates how subdued levels of economic activity have diluted several scores on the index when compared to last year, resulting in some interesting movements within the Top 10.

Notable omissions from the Top 10 this year are Nigeria and Algeria, which have fallen from numbers six and 10 to numbers 13 and 15 respectively. Ethiopia and Rwanda, on the other hand, have climbed three and four places respectively.

But probably the most notable change is that South Africa has fallen from first place for the first time since the inception of the report, ceding its place to Egypt which is now Africa’s most attractive investment destination.

Egypt displaced South Africa largely because of its superior economic activity score and sluggish growth rates in South Africa, which have deteriorated markedly over the past seven years. South Africa also faces mounting concerns over issues of institutional strength and governance though in South Africa’s favour are its currency, equity and capital markets which are still a cut above the rest, with many other African nations facing liquidity constraints.

Morocco retained its third position for a third consecutive year having benefitted from a greatly enhanced operating environment since the “Arab Spring” which began in 2010. Surprisingly, Ethiopia, a country dogged by socio-political instability, displaced Ghana to take fourth spot mostly because of its rapid economic growth, having brushed past Kenya as the largest economy in East Africa. Ghana’s slide to fifth position was mostly due to perceptions of worsening corruption and weaker economic freedom.

Kenya holds firm in the Top 10 at number six. Despite being surpassed by Ethiopia, investors are still attracted by Kenya’s diverse economic structure, pro-market policies and brisk consumer spending growth. A host of business-friendly reforms aimed at rooting out corruption and steady economic growth helped Tanzania climb by two places to number seven. Rwanda re-entered the Top 10 having spent two years on the periphery, helped by being one of the fastest reforming economies in the world, high real growth rates and its continuing attempt to diversify its economy.

At number nine, Tunisia has made great strides in advancing political transition while an improved business climate has been achieved by structural reforms, greater security and social stability. Cote d’Ivoire slipped two places to take up the tenth position. Although its business environment scoring is still relatively low, its government has made significant strides in inviting investment into the country leading to a strong increase in foreign direct investment over the years resulting in one of the fastest growing economies in Africa.

For the first time, Nigeria does not feature in the Top 10, with its short-term investment appeal having been eroded by recessionary conditions. Uganda is steadily closing in on the Top 10 though market activity is likely to remain subdued after a tumultuous 2016 marred by election-related uncertainty, a debilitating drought and high commercial lending rates. Though Botswana, Mauritius and Namibia are widely rated as investment grade economies, they do not feature in the Top 10 mostly because of the relatively small sizes of their markets – market size has been a key consideration in the report’s methodology.

Where to Invest in Africa 2018 also includes 191 jurisdictions around the world, and measures Africa’s performance relative to other country groupings. The unfortunate reality is that African countries are still at the lower end of the global-performance spectrum, which continues to be dominated by the US, UK, Australia and Germany.