Will there ever be a Year of Jacob Zuma? 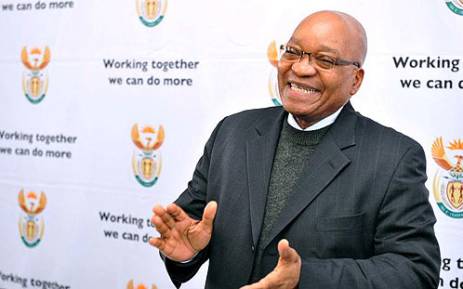 The ANC has declared 2017 The Year of OR Tambo in honour of the 100th birthday of the late struggle icon.

President Jacob Zuma, as head of the ruling party, has led the veneration of Tambo at every occasion, even drawing comparisons between himself and the great leader. Such parallels have not gone over well with some of his comrades. Be that as it may, Zuma and Tambo do share similarities, as they do differences.

Zuma was born in the Zulu hinterland of Nkandla in the north of the KwaZulu-Natal province, a largely rural region, where the forests once sheltered Zulu warriors. Tambo came from similar roots, about 400km further south. He was born in the village of Kitana, near the Eastern Cape town of Bizana. As boys, both Zuma and Tambo spent their time herding cattle and mastering the pastoral art of stick fighting.

From 1975, Zuma spent more than two decades abroad. Most of his time was spent in Mozambique, where he received thousands of young people who had left the country following the 1976 Soweto uprising.

In January 1987, Zuma was forced to leave Mozambique following pressure from the South African government. Zuma moved to the ANC headquarters in Lusaka, Zambia, where he was appointed head of underground structures, and soon after chief of intelligence.

Tambo was, of course, a globetrotter of note. He spent three decades trekking across the world to rally support for the anti-apartheid cause. His journeys stretched from Africa to Asia, including Ethiopia, the UK, Russia and China.

Aside from their obvious and well-documented leadership roles, Zuma and Tambo were part of a team that undertook negotiations with the apartheid government in the 1980s and 1990s.

Tambo was the mastermind behind the biggest human rights campaign in history. His exceptional organisational skills allowed him to rally a fractured liberation movement, scattered in various parts of the world, locked up in jail or fending off the relentless onslaught of the apartheid regime at home.

Zuma must be the ultimate survivor, given the legal and political challenges he has faced over the past eight years, including rape allegations and 783 criminal charges.

Though OR Tambo is now perennially valorised, he once faced a revolt from within his party. Following the Wankie military campaign in 1967, Chris Hani and others penned a document that criticised Tambo for ignoring the plight of MK soldiers. So stinging was the criticism that Tambo offered to resign as president of the ANC.

Zuma, of course, has faced a flood of criticism over the past year, as public outrage grows over allegations that the president and his friends have captured the state.

Former finance minister Pravin Gordhan has estimated that R100 billion may have been lost to state capture, referring to allegations that the controversial Gupta family has used its relationship with the president to score lucrative state business deals. Anti-Zuma sentiment has triggered the biggest protests in democratic South Africa. Even political foes have united to call for Zuma’s resignation.

Both Zuma and Tambo have been honoured for their role in South Africa’s anti-apartheid struggle. In fact, Zuma’s accolades appear to outnumber that of the late stalwart. Zuma’s credentials include several honorary doctorates and awards, among them the Nelson Mandela Award for Outstanding Leadership, which he received in Washington DC in 1998. Most recently, Zuma was honoured with a massive statue in the Nigerian state of Imo.

Tambo has received a number of state honours, such as the renaming of Johannesburg’s international airport. His grave has been declared a national heritage site. In 2013 the city of Reggio Emilia in Italy dedicated a park to Tambo.

Oliver Reginald Kaizana Tambo was born on 27 October 1917. Jacob Gedleyihlekisa Zuma was born on 12 April 1942. That 25-year gap in age is significant. For one, it meant that Tambo and Zuma joined the ANC at very different stages of the liberation movement.

The likes of Tambo, Sisulu and Mandela were very much involved in transforming the ANC into a mass movement. One of the products of their efforts was the Umkhonte we Size (MK) military wing.  In other words, the ANC that Zuma joined in 1953 was decidedly more militant than the comparatively genteel gathering of intellectuals Tambo had discovered about a decade before.

Tambo’s upbringing was, in many ways, as cossetted as Zuma’s was harsh. Tambo grew up with both parents in a fairly stable environment. His father was a farmer and salesman at a local trading store. At his father’s encouragement, Oliver Tambo began school at the age of six. And so began a life-long passion for learning.

Zuma, by contrast, was largely raised by a single mother. Zuma’s father, a policeman, died while young Jacob was still a boy. Zuma spent much of his childhood in poverty. His mother was a domestic worker in the city and was forced to leave her son behind in his rural home. As a teenager, Zuma would visit his mother at work but ended up roaming the streets looking for work because he was not allowed in her employer’s home.

Tambo obtained a Bachelor of Science degree from the University of Fort Hare. A zealous scholar of maths and science, he later taught these subjects at St Peters Secondary School in Rosettenville, Johannesburg.

Zuma had no formal education and gained much of his schooling by studying the books of his peers who attended classes.

Tambo has been hailed for being a champion of women’s rights. In 1959, he led the ANC’s constitutional commission, which recommended that more recognition be given to the ANC Women’s League. He also commissioned a code of conduct that stressed the importance of women’s rights.

Zuma, a polygamist, has been pilloried for his relationships with women. The president has spoken out against women and child abuse and been vocal a supporter of Nkosazana Dlamini-Zuma’s campaign to become the first female president of the ANC and the country. But that has done little to appease his critics, who point, among others, to rape allegations that Zuma faced in 2005.

Zuma was acquitted on the rape charges but the allegations left an indelible mark for many, who resented the harassment that his accuser endured at the hands of Zuma’s supporters. Fezekile Kuzwayo, the accuser, was a family friend who was three decades younger than Zuma. She eventually left the country to escape the pressure. She died in October last year.

Journalist Redi Tlhabi wrote a book about Kuzwayo, who became better known as Kwezi. Speaking at the book launch, Tlhabi said: “If we cared, not about the outcome of the case, if we cared about our moral DNA as a nation. If we cared about what we represent, what we stand for, such a flawed person would not have been our president.”

OR wanted to resign at Morogoro

Tambo offered to resign as ANC president at the 1969 Morogoro conference in Tanzania after facing a barrage of criticism. However, he later agreed to stay on.

Zuma has seen off eight motions of no confidence in parliament and sparked a storm of protests, but he has dismissed growing calls for his resignation, even from within the ANC the tripartite alliance.

Zuma has repeatedly invoked Tambo to give context to the current state of the ANC and the world at large.

But he crossed a line when he said that he and OR Tambo had a few things in common. That was a bridge too far for the likes of former cabinet ministers Sydney Mufamadi and Pallo Jordan.

Mufamadi recently questioned the wisdom of Zuma mentioning himself in the same sentence as OR Tambo.

“For those of us who worked with him, Tambo will always be remembered with affection and admiration. He stands out as a synthesis of talent, honesty and hard work. Tambo was a man of remarkable prudence,” Mufamadi wrote in the Sunday Times.

Jordan told the Daily Dispatch that Zuma and Tambo were “very different”.

“For instance, Tambo was academically gifted and well-schooled, and as such could comprehend loaded political reports,” Jordan said after delivering the OR Tambo Memorial Lecture at the University of Fort Hare on October 5.

“Zuma cannot because akafundanga [he is not educated]. Everyone who has interacted with Zuma will tell you he is good with interpersonal interactions and it is true, but it is not like he has a choice because academically he is not there.”