Unpopular opinion: The ANC is too big to fail 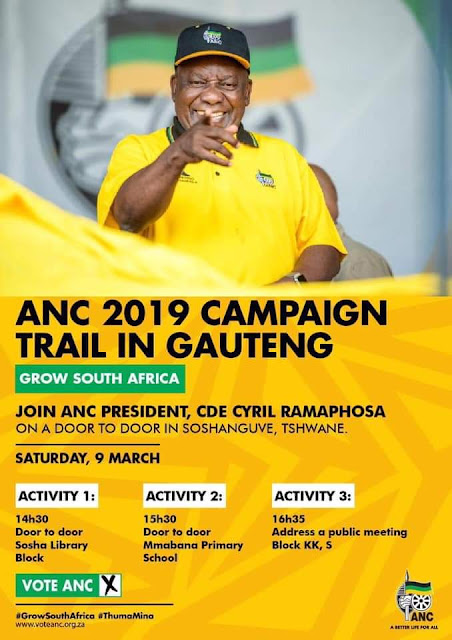 It is all too easy to vilify the ANC. We are all well aware of the governing party’s failings and the tragic consequences that have followed.
So, here is another hypothesis: Is South Africa prepared for life without the ANC? What would that look like? Is there a political party ready to step into the ANC’s sizable shoes?
To borrow a phrase often used on Twitter, Unpopular opinion: The ANC might just be too big to fail.
The party is so embedded in our history, culture and institutions, that it has backed us into a corner. One cannot escape the organisation that has shaped the past century of our country’s politics and history. The ANC currently dominates parliament, with nearly two thirds of the seats in the two houses of our national legislature. It governs in eight of the country’s nine provinces.
Even the second-biggest party in parliament, the Democratic Alliance, could only muster 22% of the seats in the National Assembly in the last elections in 2014.
The ANC’s reach also extends to most of the parties represented in parliament. Many of these parties are, in fact, offshoots of the ANC, including the Congress of the People (COPE), the Inkatha Freedom Party, the Pan Africanist Congress, the United Democratic Movement, and the Economic Freedom Fighters.
The EFF managed to score 25 seats in the National Assembly in 2014 on their first try, while veterans COPE and the UDM squeaked out just 3 and 4, respectively.
Notwithstanding its juniority, and for all its balking at the ANC’s profligacy, the EFF in many ways epitomises South Africans’ Daddy issues. EFF president Julius Malema has frequently acknowledged his willingness to return to the fold of the ANC.
By railing at the ANC on the one hand, and genuflecting before it on the other, Malema is acknowledging, perhaps unwittingly, our existential relationship with the ANC. Too often this bond has been dismissed as a sentimental one. It is far beyond that. Most of us do not know a world without the ANC. All of our lives have been inscribed by the party in some way or another.
It’s telling that the Democratic Alliance, no less, struggles to define itself in terms that are unrelated to the ANC. Aside from the standard attacks, presenting the DA as an alternative government, the once-liberal poster child has often found itself caught up in ANC worship.
DA leader Mmusi Maimane just cannot resist invoking Nelson Mandela to remind the ANC of how far it has fallen. It’s a somewhat mixed message: Doesn’t the DA have any of its own historic figures to revere and hold up as a standard of admirable leadership?
Could it be that the DA is low-key crushing on the ANC’s historic prowess? The ANC could just be the big brother that the DA despises, but also looks up to with envy.
All in all, our opposition parties have done little to excite South Africans, other than responding with outrage and court action every time the ANC is caught in the act. Fair enough, opposition parties, by their nature, are reactive. But how have the DA, EFF, UDM etc distinguished themselves from the ANC, politically, philosophically, even organisationally? Have these parties secured the ideological and structural foundations to replace the ANC?
The recent spats in the DA ranks suggest that the official opposition is in disarray. In the process, the DA may have squandered whatever political capital they gained from the Jacob Zuma years.
The EFF, for its part, started off on shaky ground, given its messy departure from the ANC. Granted, it pulled itself together quite nicely, judging by its electoral performance thus far. But the EFF’s raison d’être alone has arguably been about survival, aside from the array of corruption scandals that have followed its leader from the very beginning.
For all its shortcomings, the ANC has largely done a masterful job of mobilising the polar forces of our country, often for the greater good of society. Within its own ranks, the ANC has, by hook or by crook, managed to bandage together the tripartite alliance, made up of the SA Communist Party, itself and Cosatu. Before that, it brought together all manner of groupings – ideological, ethnic, religious and business – to march against the apartheid regime. Think of the messy climate in which the ANC and its allies operated at that time: violence at home, leaders in prison, waging guerrilla warfare or wayfaring abroad. It was like trying to restrain a multi-tentacled creature that sprouted a new appendage each time one of them was slayed.
At present, there is no political grouping in South Africa that is seasoned enough to navigate South Africa’s complex social dynamics. The beast has mutated and is in constant flux. Old hatreds have been revived, antiquated power structures have been rebirthed and elevated their sophistication, our demands have grown, and our protests have sharpened. Who will step into the breach?