In an African first, AfriDocs Anytime is now available as a free streaming platform on www.afridocs.net with a catalogue that includes nearly 40 films available for viewing at any time.

Fans of African cinema now have two ways to watch some of the best documentaries from across the continent and beyond. Africa’s well known documentary film broadcast stream, AfriDocs, is now available for viewing anytime from your computer, laptop, or from any mobile device. 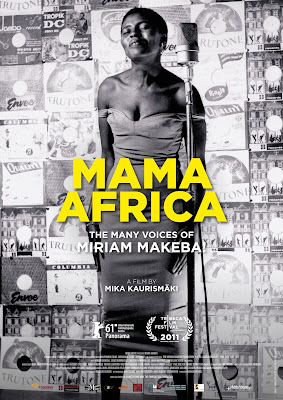 There is also an exclusive catch-up opportunity, featuring the past week’s BET schedule available to view for a limited period of time.

AfriDocs, an initiative of South African documentary production and distribution company, Steps, in partnership with the Bertha Foundation, brings the best African and international documentaries to television audiences weekly across sub-Saharan Africa via BET Africa and now to online audiences anywhere in Africa.

AfriDocs Anytime is a like having a film festival on your screen, with access to powerful, quality, award-winning documentaries that have shown at some of the most prestigious festivals in the world, as AfriDocs executive producer Don Edkins explains.

“The launch of AfriDocs Anytime heralds a new era of distribution for the continent, with the combination of a prime-time broadcast opportunity, followed up a by a free online streaming mechanism, means new opportunities for filmmakers, as well as the chance to develop audiences for the best in African film.”

AfriDocs Anytime already includes a full catalogue of high-profile African documentaries including classics such as South Africa’s Mama Africa and The Cradock Four; Kenyan films including, For Kibera; Ghana’s Accra Power and Homegrown; as well as international documentaries such as, CitizenFour, The Act of Killing and Gulabi Gang.