Arlette ... Courage is a Muscle 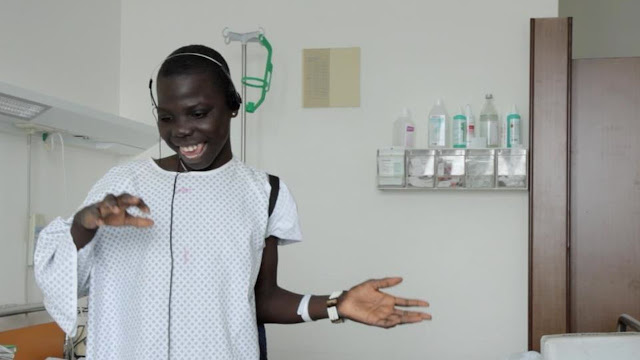 Arlette - Courage is a Muscle tells the story of a 15-year-old from the Central African Republic, who is horribly injured during the war in her country.

Arlette spends years suffering from the injuries until Good Samaritans offer to pay for her to receive medical treatment in Germany. Then tragedy strikes again. Arlette is stuck in Berlin after renewed conflict breaks out in her homeland and it is advised that she not return.

The film follows her journey from recovery to her eventual homecoming. Though heartbreaking at times, it's far from the usual stories we see about conflict in Africa. We are given a glimpse into a young woman's warm spirit as she fights battles that are far beyond her years.

Arlette - Courage is a Muscle is one of several documentaries available on AfricaDocs.Net. See the film below.