Former New Age journalist's agony: 'This is the most difficult time of my life' 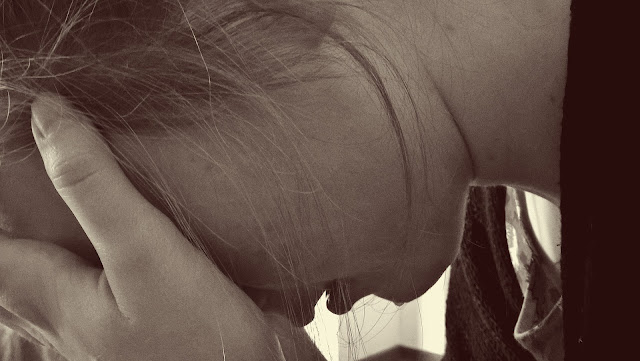 A former journalist* at The New Age has publicly shared the struggles she has endured after the publication closed down last year.

The emotional story was aired on networking site LinkedIn and elicited several sympathetic responses, including messages from media professionals who find themselves in a similar predicament.

The New Age, later rebranded as Afro Voice, was forced to shut its doors in June 2018 after allegations of impropriety surrounded its former owners, the Gupta family. The family has been accused of scoring illicit deals by using its friendship with former president Jacob Zuma to score lucrative government contracts.

“I’m not usually one to air all my problems in public or on social networks but I’m in a really desperate situation. December 2018 - January 2019 is turning out to be the most difficult time of my life,” the journalist wrote.

“I have not paid rent since the end of November. Every single debit order for Dec 31 and Jan 1 has bounced. My credit card is maxed out. My overdraft is maxed out. My savings account is at zero. Christmas was heartbreaking.”

It’s a story that’s often related in newsrooms across South Africa. Even the country’s biggest media houses have struggled to stay profitable and have been through a number of layoffs, leaving many seasoned journalists battling to be reemployed in a strained market.

Independent Media, which publishes leading regional papers like The Star and The Cape Argus, announced in October last year that it may cut jobs for the second time in three years. In 2017, Tiso Blackstar announced the closure of its daily newspaper, The Times, which has since gone digital. It was the second round of job cuts in the last few years.

The former New Age staffer said she was in dire straits after her last lifeline was cut in October.
“I am down to 6 units of electricity and no money to pay for more,” she wrote.

“I bought a car with a bank loan in May 2018. By the end of June, I lost my job when the company I worked for closed down.

“I then picked up a few freelance writing jobs which helped me along until October.

“In November, my freelance work was gradually cut until the agency stopped asking for work from me. I was paid less than half of the usual amount which resulted in only half my rental amount being paid.

“I have applied for more than 300-400 on jobs on LinkedIn, through cold-emailing, job sites and through connections. It has been mentally and emotionally draining. I have been called for about 13 interviews with no luck.

“I have to pay for rent, car installments, fuel, food, electricity, cellphone and others.”

Several people offered job tips, or encouragement. Some responses illustrated just how tough it is currently in the job market.

“I feel your pain, you not the only one in the suffering,” one person said.

Another responded: “Let’s not lose hope. I’m in the same situation as you right now, reading this post, every single word you said, I can relate. Let’s stay strong. God is busy with a plan for us. Soon doors will be opening for us.”

The most poignant message came from someone who said she had found herself homeless at one stage.

“This week Tuesday, I slept at the police station because I don’t even have a place to stay. Now I’m at my sister’s friend’s place, the landlord is not taking it and I have to pay the medical bill of my sick grandmother. Depression kicked in. I’m really drained mentally and emotionally. It’s so heartbreaking.”

*The journalist’s identity has been withheld, at her request.