Me and Charlize ... How an encounter with the Hollywood star motivated a local model and actor 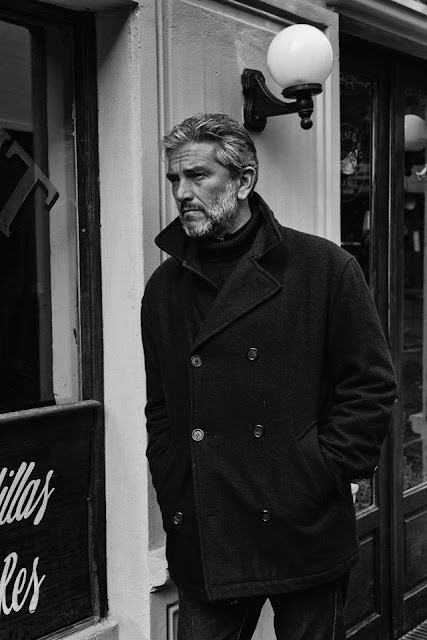 You have to see him flash his smile to understand why he has managed to charm both royalty and rogues. And at least one Hollywood star.

Guillermo Quiroga looks like the James Bond from next door. Tall, with salt-and-pepper hair and a very distinguished profile. His easy-going way and quick, dimpled smile take the edge off what could be an intimidating visage.

His affability came in handy about 10 years ago when the model/actor found himself in the company of Oscar-winning actress Charlize Theron while shooting a TV advert for the Sun International hotel group. According to Quiroga, he charmed her socks off. But that’s not the real reason why that encounter was significant. That experience with Theron also encouraged him to take acting more seriously. He has since featured in a series of local and international productions. You might have seen him in a Spur ad where he and two other patrons argue over which country is home to the best ribs.

Home is Argentina, where he grew up in a typical suburban family, the eldest of three brothers, the son of a doctor and teacher. But for the past 16 years he has made South Africa his home after falling in love with Cape Town, where he worked as a model, before moving to Johannesburg to pursue his acting career.

“He is a well experienced Argentinian model, model agent and actor, and a lot of producers love his foreign flair ... and for bad guy roles, who doesn’t like a bad guy with a foreign accent?”


By the sounds of it, acting was merely an afterthought for Guillermo until he shared the small screen with Theron. Not only did he make her laugh, he found that he could also hold his own.

In the beginning, he was nervous but then the animal in him kicked in, he says.

“Once I was leading a top actress in more than one improvised scene, she’s following your lead and she’s a superstar, maybe you should see yourself in a different light … It was surreal. I was trying to focus on my next scene and there she was standing next to me, with her entourage, her secretary and her hairdresser, people with her book, telling her next interview with Italy GQ was next week and she was having a cigarette.”

He broke the ice by cracking a dirty joke. In one scene, Charlize had to bite into a boerewors roll, not the most glamorous thing to do on camera. That was his chance.

“She couldn’t talk, so I had to do the talking, so I start to talk nonsense, so I say, oh you like the boerewors roll? Nice roll. And she to start laugh because obviously I was being naughty… and the camera, you can see I was saying something dirty to her…  then when we finish, I say thank-you very much, I had to eat that cold boerewors… I start to get guys coming to me, saying very funny what you say to her.”

That kind of fun-loving attitude seems to be what has carried Guillermo through a career of nearly 30 years. And to think he was nearly destined for a life “surrounded by cows”. Guillermo initially studied agriculture and engineering but after graduating realised that field was not for him. After some soul-searching, he took the advice of friends and decided to put his debonair looks to use.

His first audition as a model for an Argentinian jeans brand was a success, leading to a series of other high-end jobs and travel all over the world. France, Germany, Brazil, Polynesia, Mexico and eventually South Africa.

Mzansi is where Guillermo’s career – and life – seems to have taken the most interesting turn. At one stage, he worked as an events coordinator, mingling with the bright young things that often find their way to Cape Town’s shores. He even found himself in the company of Prince Albert of Monaco and Princess Charlene.

“He loves CT, he has many friends there, I met his wife there too. I was invited to the birthday party of Charlene, the wife, at a big house in Fresnaye, of another friend. I got to know them because I was very social, going out a lot,” he says matter-of-factly.

Some of these episodes he has managed to incorporate into the baddie roles he has portrayed on screen. But others were nearly lethal. “Like the owner of a club, you mention a guy who stole his girlfriend, he’s telling you he’s going to kill you… I said this is wrong… so I put my glass of champagne on the table, just by doing that, the guy knew I was serious, I was loyal. He says okay, okay, let’s forget about it. Let’s have some fun tonight… then he stands up. The difference is, he has all the bodyguards on his side.”

These are just a few of the highlights of a life lived with feet slightly off the ground, learning from each experience, without judgement or too much expectation. And that’s the way he wants to approach the future.

We can’t wait to hear that story.