Scandals, political intrigue and legal dramas... A look at the Zuma years 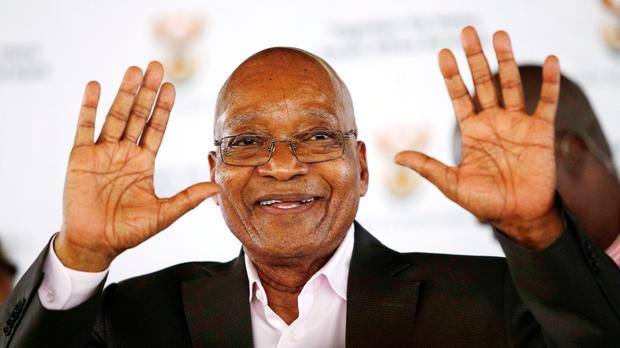 President Jacob Zuma’s fate has been hanging in the balance since the election of Cyril Ramaphosa as ANC leader in December. But Zuma has been through far worse. The past decade has been a turbulent time for the man from Nkandla, who has fended off rape charges, multiple motions of no confidence, romantic scandals and a lingering cloud of corruption charges.

We take a look back at Zuma’s political fortunes over the last several years.

2007 – Zuma became the president of the ANC on 18 December 2007 after defeating incumbent Thabo Mbeki at the ANC conference in Polokwane.

Zuma beat Mbeki after a fierce battle in the run-up to the conference, seen as unprecedented by many. Zuma was fighting for his political survival after Mbeki had fired him two years before in light of a court judgment that linked Zuma to corruption allegations. On 2 June 2005, Zuma’s friend Schabir Shaik had been found guilty of corruption and fraud after allegedly bankrolling Zuma in exchange for political protection.

Zuma will take the country to the promised land," said one supporter.

Zuma’s victory was celebrated in his home province.

“The ANC has led this continent and probably leads the world in terms of democratic practices and tonight this was affirmed.”

“It means a lot to us. It was long overdue. We waited for this thing for five years,” said one young reveler in Durban. “We are very happy that Zuma has taken over because he's our comrade and we believe in him. He will take the country to the promised land.”

2008 – Zuma’s foe, Thabo Mbeki, resigns after being ousted by the ANC’s national executive committee. The recall was triggered by a court judgment that found Zuma’s attempted prosecution was unlawful on procedural grounds. The court agreed that Zuma should constitutionally have been allowed to make representations to the National Prosecuting Authority before being charged. Zuma had always argued that the corruption charges were part of a political conspiracy. Judge Chris Nicholson fuelled that suspicion by stating that political interference may have played a role in the decision to charge Zuma.

2009 – Mbeki successfully challenges the Nicholson ruling in the Supreme Court of Appeal. Deputy Judge President Louis Harms found that the NPA was not under an obligation to invite representations from accused individuals. Harms also found that Nicholson had overstepped the mark by commenting on the politics involved in the case.

On 6 April 2009, NPA dropped all charges against Zuma, as well as co-accused French arms company Thint, after revelations that Scorpions boss Leonard McCarthy and former National Director of Public Prosecutions Bulelani Ngcuka had discussed the timing of the charges laid against Zuma.

2012 – Zuma is reelected ANC president, despite the biggest scandal of his political career, as it was called by journalist AdriaanBasson.

2016 – This was arguably the beginning of the end for Zuma. On March 31 2016 no less than the Constitutional Court ruled that Zuma had breached the supreme law of the land by accepting state-funded upgrades to his Nkandla estate to the tune of R240 million.
2017 – Zuma’s future seems to be a fait accomplis after his allies are defeated at the ANC elective conference.

2018 – The ANC top six leadership ask Zuma to resign. The nation is left in limbo.